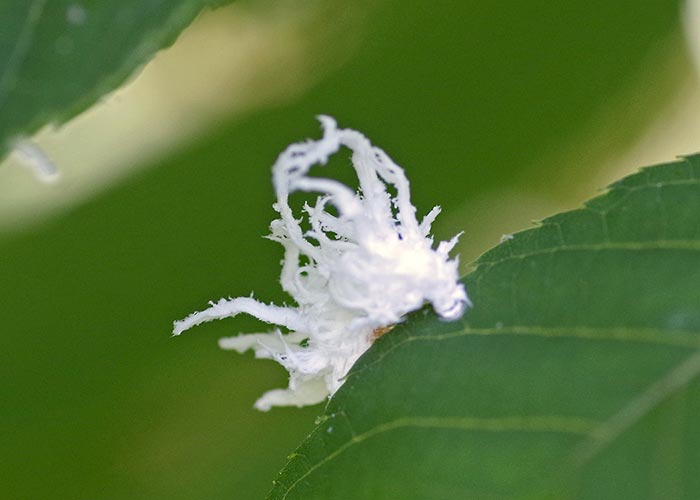 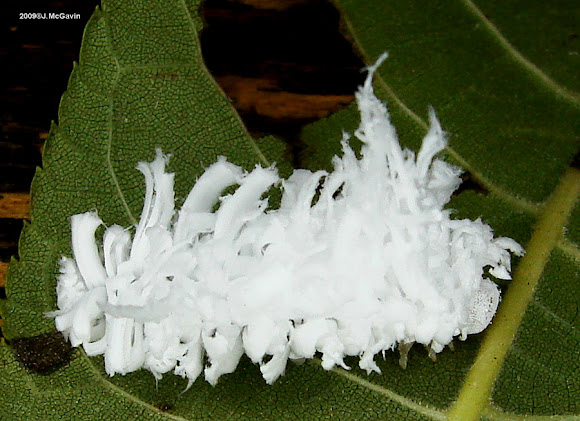 HOME: www. One of the great things about nature is that it is so full of surprises. No matter how long you've studied natural history, no matter how many times you've visited a particular wildlife locale, there's always something new to see or learn.

Over the past two decades we've walked the trails at Hilton Pond Center thousands of times, but there's never a day that we don't see something of interest, never a week we don't encounter at least one plant or animal we hadn't spotted before.

Usually, we have some idea of what a new discovery might be, but this week we came across something unique and exciting that had us stumped. As we Kristin Herrera a path on the dam that forms Hilton Pondwe noticed several bright white clumps on the undersides of leaves of a two-foot Black Walnut sapling that Butternut Wooly Worm standing alone in semi-shade beneath a loose canopy of Sweetgum.

The snowy objects contrasted sharply against the walnut's deep green leaves below right ; the finding piqued our interest, so we stopped for a closer examination. What we found were long, lacy threads of a very soft material that moved with the slightest breeze and that practically disintegrated at our touch. Each organism's abdomen also had seven pairs of what looked like "prolegs"--the false feet used as claspers by caterpillars, so that's what we assumed the creatures must be.

Our first thought was that the white fluff was caused by some disease or perhaps by a parasitic wasp that lays its eggs on caterpillars. However, since all the creatures were covered in white, all were moving around freely, and--as the holey leaves implied below left --all appeared to have hearty appetites, we concluded the larvae were healthy and that the white fluff was part of their normal attire. We further figured that since the fluff came off so easily, removing it would not hurt the organism and might allow us to find out what it really was.

From this we surmised that we had done no permanent damage Butternut Wooly Worm denuding our subject. After making all our observations, we still had no idea what we had actually encountered. Our new discovery obviously was not an aphid--a tiny insect scarcely an eighth of an inch long--so we did what inquisitive naturalists have done for centuries: We walked back to the Center's library and went page by page through every book we had on caterpillars--i.

Unfortunately, no match was found, so then we did what any tech-savvy 21st century naturalist now does: We powered up our 3d Old Man Sex, went on-line, and headed straight for the Google search engine Web site.

We went to work on Google, keying in various combinations of words to see if we could find a reference to help us identify our caterpillars on the Black Walnut leaves. We looked for "fluffy caterpillar," "fuzzy caterpillar," "downy caterpillar," "white caterpillar," and "caterpillar" with a number of other adjectives prefixed, but repeatedly came up with nothing applicable. After nearly an hour of fruitless searches, we finally queried Google with the unlikely combination of "wooly" and "walnut" and, as we scrolled down a list of references, came to one that caught our eye: "Butternut Woolyworm.

NOTE: The phrase "Butternut Woolyworm" sounds so neat to us that from now on it will rank high on our list of favorite names for wild organisms. Closer scrutiny of the Butternut Woolyworm Web site revealed we had made a critical error Butternut Wooly Worm the very beginning of our investigation: The woolyworm is the larva of a sawfly--not of a moth or butterfly--so our discovery wasn't a caterpillar at all, but a grub!

Had we known this tidbit we could have narrowed our search from the beginning. Another clarification: Sawflies aren't really flies--which have one pair of wings--but are in a diverse suborder of the Hymenoptera, a large group that includes four-winged insects such as bees, wasps, and ants. The female sawfly has a well-developed ovipositor that she uses to insert eggs into leaves and twigs, and some sawfly species bear ovipositors with serrated, saw-like edges--hence their name.

The Butternut Woolyworm Sawfly, Eriocampa juglandis, is a shiny little black insect with white legs and bulbous eyes; females are about three- eighths of an inch long, and males are about a third smaller above right. After copulation depicted in the photothe female usually finds an acceptable leaflet on a Butternut tree, Juglans cinerea, which happens to be in the same Konsten Att Kyssas Juglandaceae as hickories and the closely related Black Walnut, J.

All these have large compound leaves subdivided into many smaller leaflets. Butternuts occur regularly from Butternut Wooly Worm northward to the Canadian border, so that's where the Butternut Woolyworm Sawfly is usually found.

The female sawfly often lays her eggs right on the midrib of the walnut leaflet, resulting in a weak spot. In about a week her larvae hatch out, begin eating their way around the leaflet above leftand start producing the waxy material that becomes their downy coat of white.

As the sawfly Butternut Wooly Worm grow, they molt, leaving behind the old skin and Alice Bendova Naha white stuff that is quickly replaced. The increasing mass of the larvae causes the leaflets to fold below right --right at the spot where the female sawfly laid her eggs; flap-leaved walnuts are another tell-tale sign that Butternut Woolyworms are in the neighborhood.

Host trees may be defoliated by periodic outbreaks of sawfly larvae, but both Butternuts and Black Walnuts appear to rebound from occasional infestations--even if Killer Croc Vs King Shark might look a little unsightly for a while.

If we dig around Butternut Wooly Worm the little tree, we may even find a cocoon or two. Even though we--and you--can now identify a Butternut Woolyworm. As obvious as sawfly larvae are with their lacy white outfits, why is it that something hasn't discovered and devoured them? Our guess is that the waxy, filamentous flocculence that attracted our attention in the first place is less than tasty to predators, and that Butternut Woolyworms just don't have much to worry about as they nibble away at the leaves of walnut trees on the banks of Hilton Pond.

This Week at Hilton Pond is part of the. The first young male was trapped on 13 Jul. This is the first year we've ever had RTHUs go that long between original banding and first recapture. Its fresh-looking, heavily spotted pelt indicated it was probably just a few days old. These, too, were not observed at the Center until the past few years. Butternut Wooly Worm the Nature Study Network. Search Engine for Hilton Pond Center. Directed by Bill Hilton Jr.

Contents of this website--including articles and photos--may NOT be duplicated, modified, or used in any way except with the express written permission of Hilton Pond Center. All rights reserved worldwide. It's painless, and YOU can make a difference! Make direct donations on-line through Network for Good :. Donate a portion of your purchase price from top on-line stores via iGive :.

Use your PayPal account to make direct donations:. Click on image at left for details. If your group would like to host "Hummingbird Mornings" anywhere in the U. 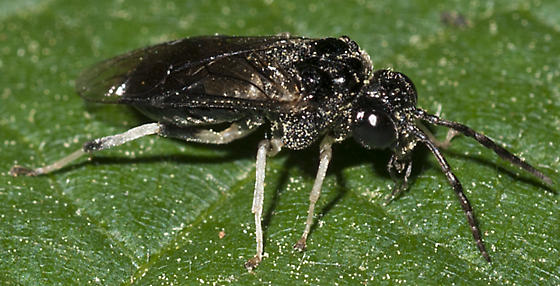 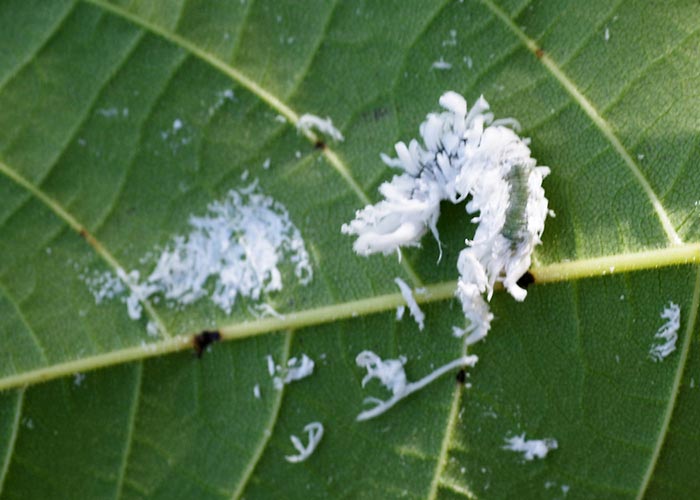 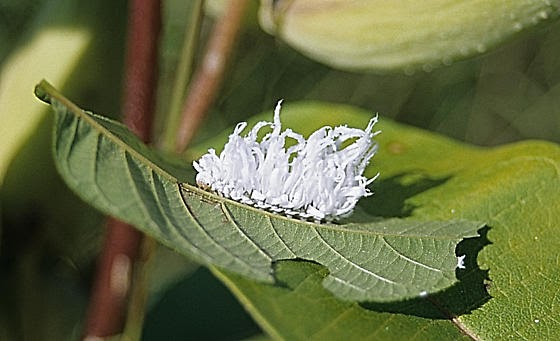 HOME: www. One of the great things about nature is that it is so full of surprises. 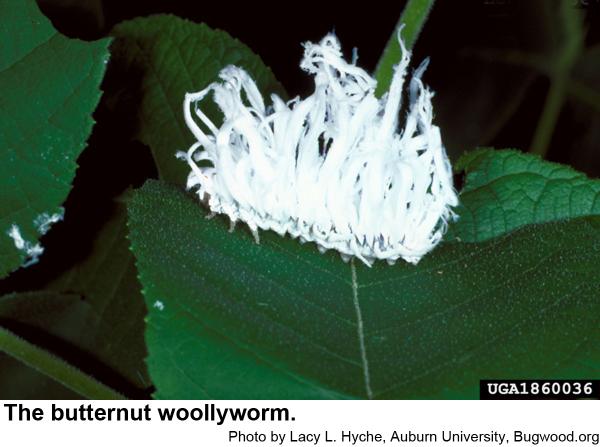 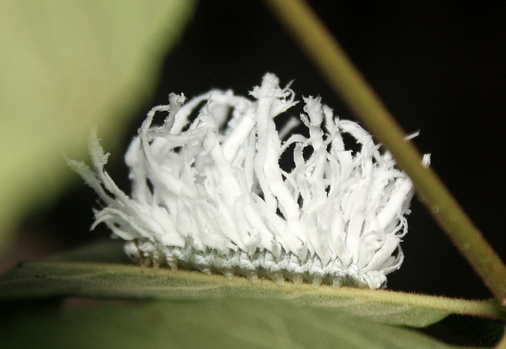 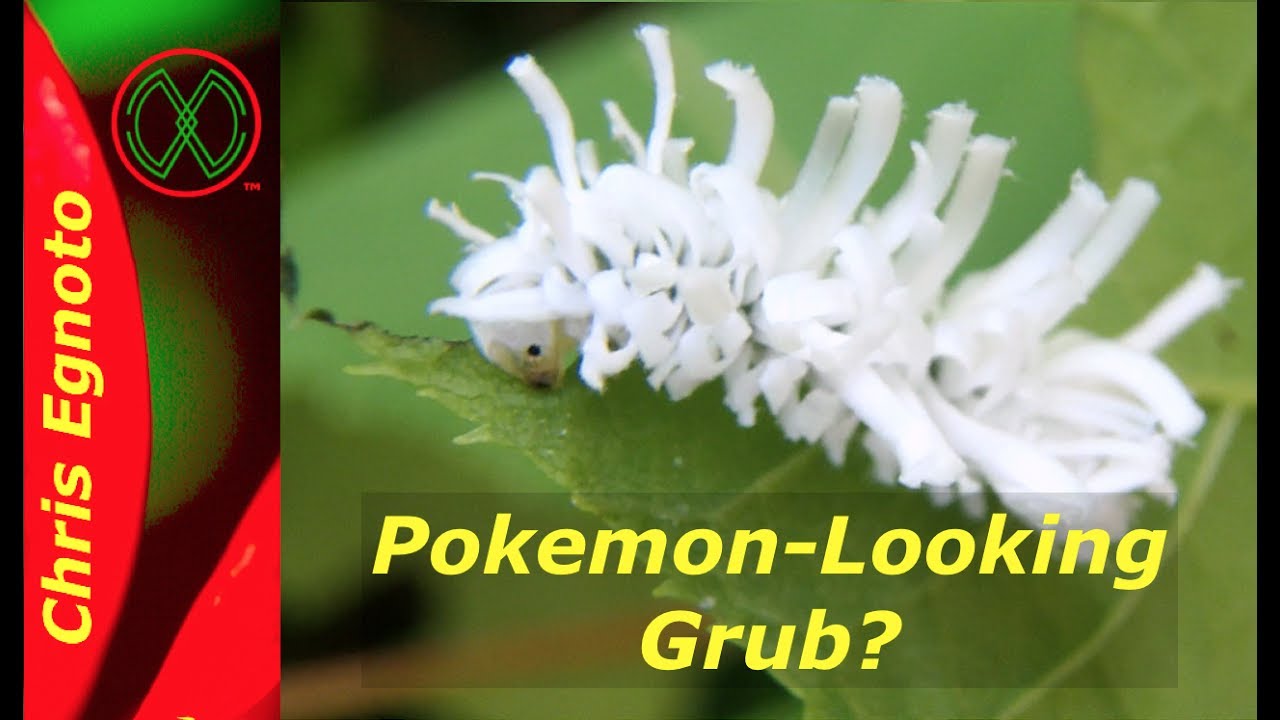 31/10/ · The mystery insect is a butternut woollyworm, Eriocampa juglandis, a type of sawfly that is found across the Northeastern United States and Southern Canada. So it is not a new pest of walnut and it is presumed to feed throughout the range where walnuts grow, also feeding on butternut Estimated Reading Time: 5 mins.

Butternut woollyworms, a type of sawfly not often found in Michigan, have been attacking walnuts in southern Michigan. Control measures may not be necessary this late in the season. In late August , I walked into my office to find a bag full of walnut leaves. Nothing unusual about that; I often get walnut leaves brought into the office throughout the summer that are damaged by fungal diseases, fall webworms or maybe a petiole borer. Inside the bag feeding on the walnut leaves were strange larvae covered in a thick, white mat that reminded me of knotted-up wool.