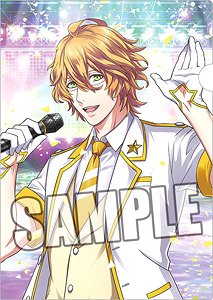 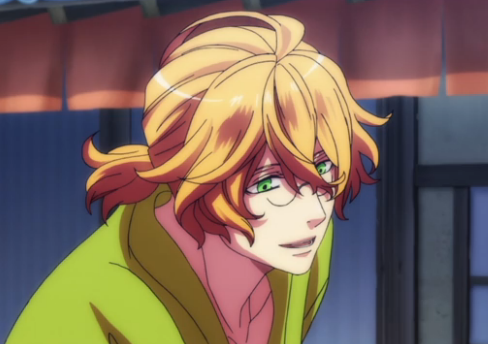 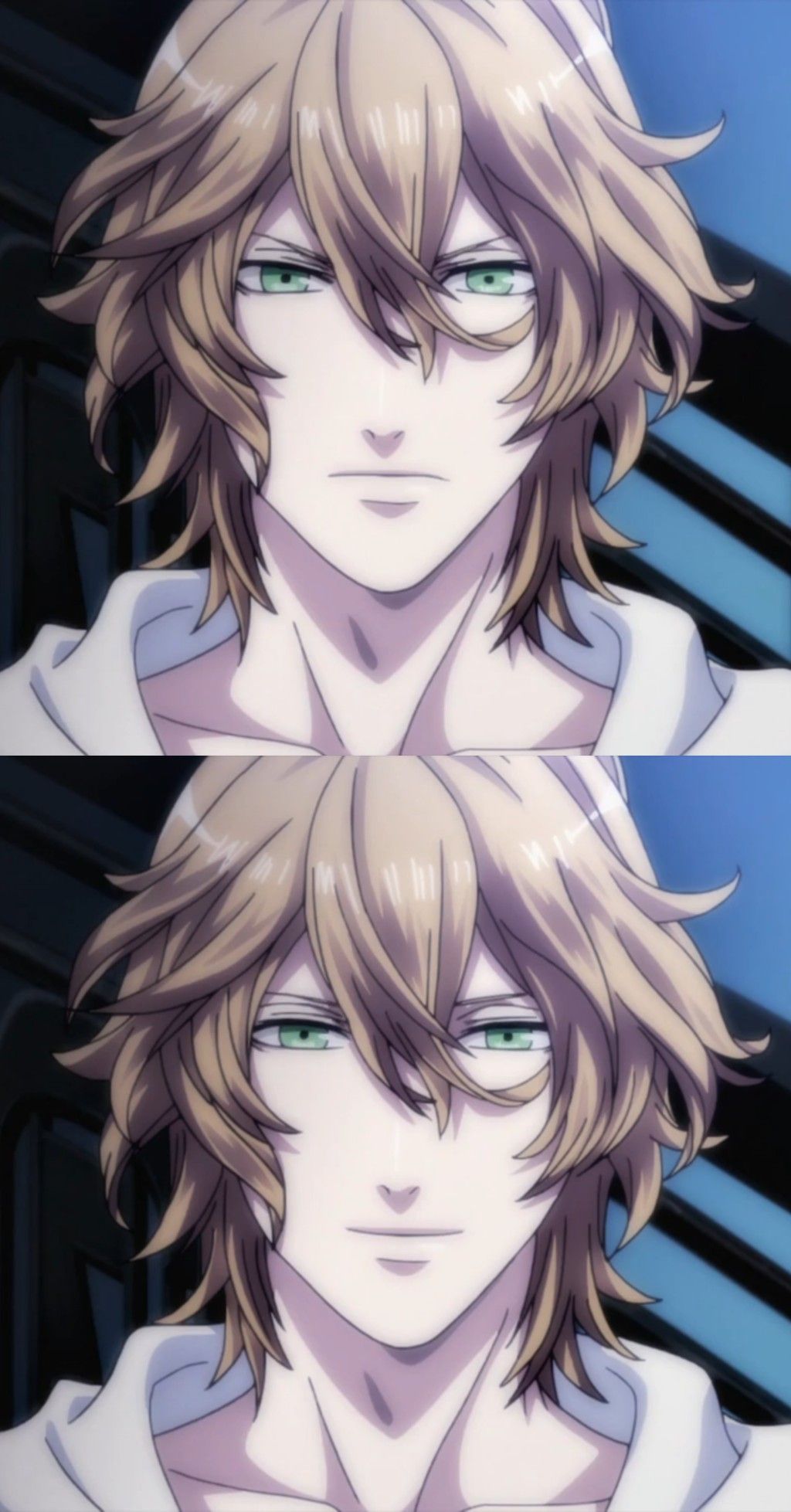 In episode one, Natsuki is first seen reading a cook book, his attention being drawn to Haruka as she thanks Otoya for helping her on the day of the entrance exam. Entranced by how cute she looks, Natsuki is suddenly reminded of his dog, Elizabeth, and he charges towards Haruka, lunging at her to tackle her in a hug.

Masato, in seeing this, quickly yanks Haruka out of the way and shoves Otoya in her place. This causes Natsuki to hug Otoya instead. Otoya yells at him to get off which he does, causing Otoya to lose his balance and fall. Tomochika demands to know why Natsuki did that, saying that somebody could have gotten hurt. He is then seen in the school canteen eating lunch with Otoya. In episode two, Natsuki is seen in class putting up his hand for the idol course.

He is then seen with Masato as they watch Haruka study composition. Natsuki tackles Syo and holds him up as Otoya enters their room. Needing help with writing lyrics, and after seeking and failing to obtain help from his roommate, Tokiya, Otoya seeks help from Natsuki. In episode three, Natsuki is seen walking in the classroom with Masato, witnessing Otoya and Tomochika vigorously erasing the rumors written on the chalkboard about Haruka.

After Ringo-sensei walks in, telling the students to sit down, Natsuki sits down along with the rest of the class. Later on, wanting to bake a cake for Haruka, Otoya goes to Natsuki for help.

Natsuki then shows Otoya and Syo whom Natsuki brought along how he creates his cakes. Syo, still annoyed that Natsuki dragged him along to help, tells Otoya that he is going to witness what hell looks like. Then, Natsuki mixes in eggs, wheat flour, butter, sugar, chocolate, tabasco sauce, chili sauce, fermented soy beans, and fermented squid into a blender.

Wanting Syo to try them first, the petite blond shoves Otoya in front of him and makes a run towards the door. Natsuki feeds his cupcake to an unwilling Otoya, causing his face to turn blue and pass out. He is later shown offering Haruka one of his cupcakes as Otoya and Syo desperately hold him back. When Haruka puts on a successful performance on the piano in class thanks to Masato's encouragementNatsuki is happy that Haruka has managed to prove to their classmates that they had misjudged her.

When Hyuga-sensei threatens to expel Ren, Natsuki appears shocked along with the others. Later, when they are in the study hall, Natsuki brings cookies, some being in the form of cats, pigs, and zebras. Syo asks Natsuki where he got them from, in which he replies that he made them.

Leaked Patreon panics and tells him that he doesn't trust anything he bakes, but Natsuki defends his baking stating that homemade cookies are safer than anything.

He offers a cookie to Haruka with Syo warning her that if she eats one, she'll die, but quickly brushes it off not wanting to make Natsuki angry.

In episode five, Natsuki overhears Tomochika, Haruka and Otoya talking about the auditions for an upcoming Stormblood Armor Sets based on a hit TV series, 'Prince of Fights', which stars S-class's homeroom teacher, Hyuga-sensei. He tells the three that he has to pass this information to Syo who is an avid fan of Hyuga-sensei.

Later on, Syo oversees Natsuki as him, Haruka and Tomochika talk about the audition. Haruka calls him over, but Syo grabs Haruka and quickly yanks her out of sight from Natsuki.

Natsuki then informs Haruka that Syo was never good with heights. When everyone agrees to help Syo to be cured from his acrophobia, Syo agrees to do his best. For his first training, Natsuki places Syo on a plank on the edge of one of the school towers. Utapri Natsuki then yells at Natsuki to not push him, but Natsuki does and as Syo plummets down, he Katie Nolan Feet to regret it.

Natsuki then states that he knows Syo from being in the same violin competitions when they were younger. Later on, after realizing that Saotome was eavesdropping on the crisis, Syo is then lulled to sleep by hypnosis.

He corners Syo at the very top and advances towards him, which scares Syo causing him to fall out of the window, but he manages to grab the ledge.

When Syo loses his grip, Natsuki saves him by Utapri Natsuki his hand and pulls him back into the tower. Waking up from the hypnosis, Syo angrily yells at Natsuki saying that he's the culprit and grabs him by the shirt collar.

Syo is shocked and Tomochika tells Natsuki that he traumatized Syo again. She spots Natsuki sitting on a park bench by himself, writing.

Realizing this, Haruka jumps out of the way and he continues scribbling in his notebook. She makes another attempt to ask him, but he cuts her off saying that he's composing. Just then, two teenage boys walk by, talking about a cute girl, and Utapri Natsuki brunette guy tosses a crumpled wrapper carelessly. Just before Janice Griffith Nude could beat up the brunette, Syo suddenly appears out of nowhere and charges up to Natsuki to shove his glasses back onto his face.

Natsuki is oblivious to what he had been doing earlier. When he sees Haruka, he asks what she's doing here much to her surprise. Syo warns Haruka that it's all over if you piss Satsuki off, claiming that Satsuki has caused 50, people to wind up in hospital for that reason.

Haruka is fascinated and tells Syo that she wants to talk to him, especially about composing. Natsuki cuts in, telling Haruka that she constantly reminds him of his beloved dog, Elizabeth. As he pours himself some tea then tells Haruka that he feels like she understands him.

Having had overheard their conversation as Natsuki, he slams his fist against a nearby tree behind him as a threat, causing the tree trunk to snap in half and fall onto the tables and chairs. When he asks Haruka why she looks so pale, Haruka quickly brushes it off saying that she's perfectly fine with Syo falsely laughing it off to assure Natsuki that he too is fine. Syo being a Piyo-chan fan, saying that anywhere Natsuki went was dangerous, so he had to keep an eye on him.

While waiting for the concert, when Syo complains that it would've been better if it were a Hyuga-sensei concert, Natsuki tells him that it is important to watch a professional up closely as they are both aiming to be idols.

His glasses are accidentally stepped on, causing one of the lenses Utapri Natsuki break. It begins to rain, growing into a thunderstorm. Satsuki, now making an appearance, rips Utapri Natsuki his Piyo-chan hat in rage, screaming as thunder and lightning rolls behind him.

Otoya comes running into Masato and Ren's room telling them that they're not going to believe this. Haruka manages to find his glasses but one of the lens shatters, causing Syo to panic. She then tells Syo that she is going to try something, and as she runs off, Syo protests saying that the lens are broken. As the song fades out, he turns around to find Haruka, who was about to put Natsuki's glasses back on him, startling her.

He then smirks and tells her that they're going to do something 'fun' while raising an eyebrow. Satsuki leans in to kiss her, but Haruka shows no sign of fear. This hints that any form of glasses can be put on to stop Satsuki. Natsuki appears confused when he sees Haruka but appears delighted when he sees Utapri Natsuki. While resting on a beach chair, Natsuki comments that the island is a paradise on Earth. Syo, who is sitting next to him, asks if Natsuki had found his partner yet, but Natsuki brushes the topic aside by asking Syo if he found his.

Flustered, Syo is lost as words, and Natsuki Takevan Com him if he's thinking about a girl, but Syo reminds him that he asked him first. And, after Ringo says that Tokiya did a good job, Natsuki is seen smiling in glee.

Later on, Syo tells Haruka that they should partner up, and Natsuki cuts in saying he feels the same way. He starts calling Haruka 'Haru-chan' previously he called her 'Nanami-san'much to Syo's disbelief and he asks her to be his partner. Natsuki then approaches Haruka and hugs her, resting his forehead on her shoulder.

Syo quickly tries to keep Haruka away from Natsuki, and is about to say that she and him are partners, Utapri Natsuki Natsuki tackles Syo, playfully strangling him. As he declares that he won't let Syo have her and vice-versa, Haruka uses this as a chance to escape. Later on, back in their dorm room, Syo demands when Natsuki became interested in Haruka.

Some time after, during class, Ringo calls Nanami over to the piano, and she passes by Natsuki, who smiles at her. Haruka quickly rushes towards the piano, hanging her head which causes Natsuki to look hurt. In episode ten, Syo tells Natsuki that Haruka picked him, showing him that Utapri Natsuki has written him a letter. 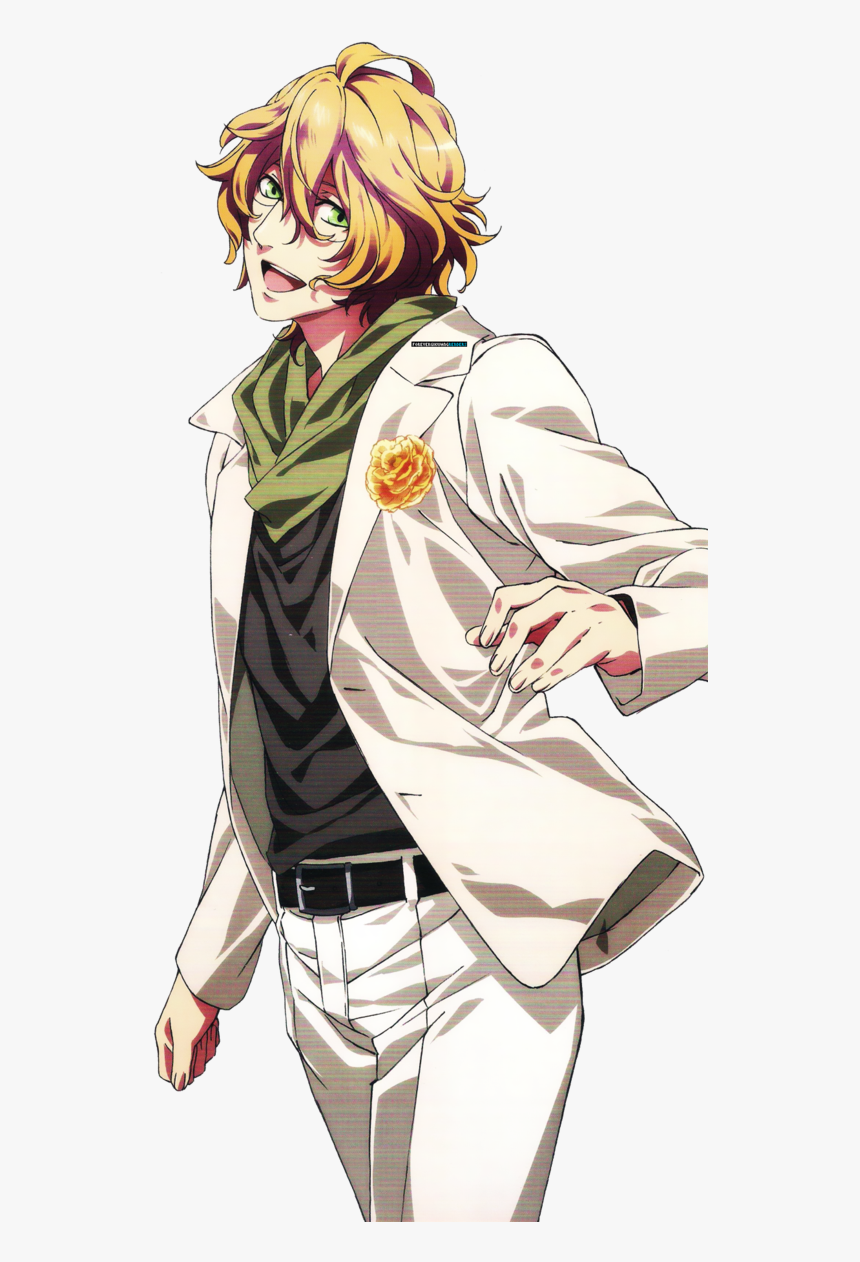 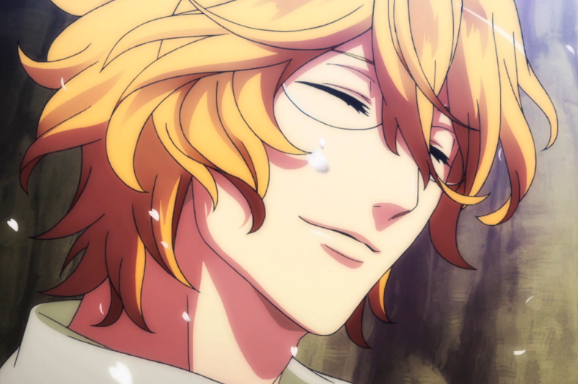 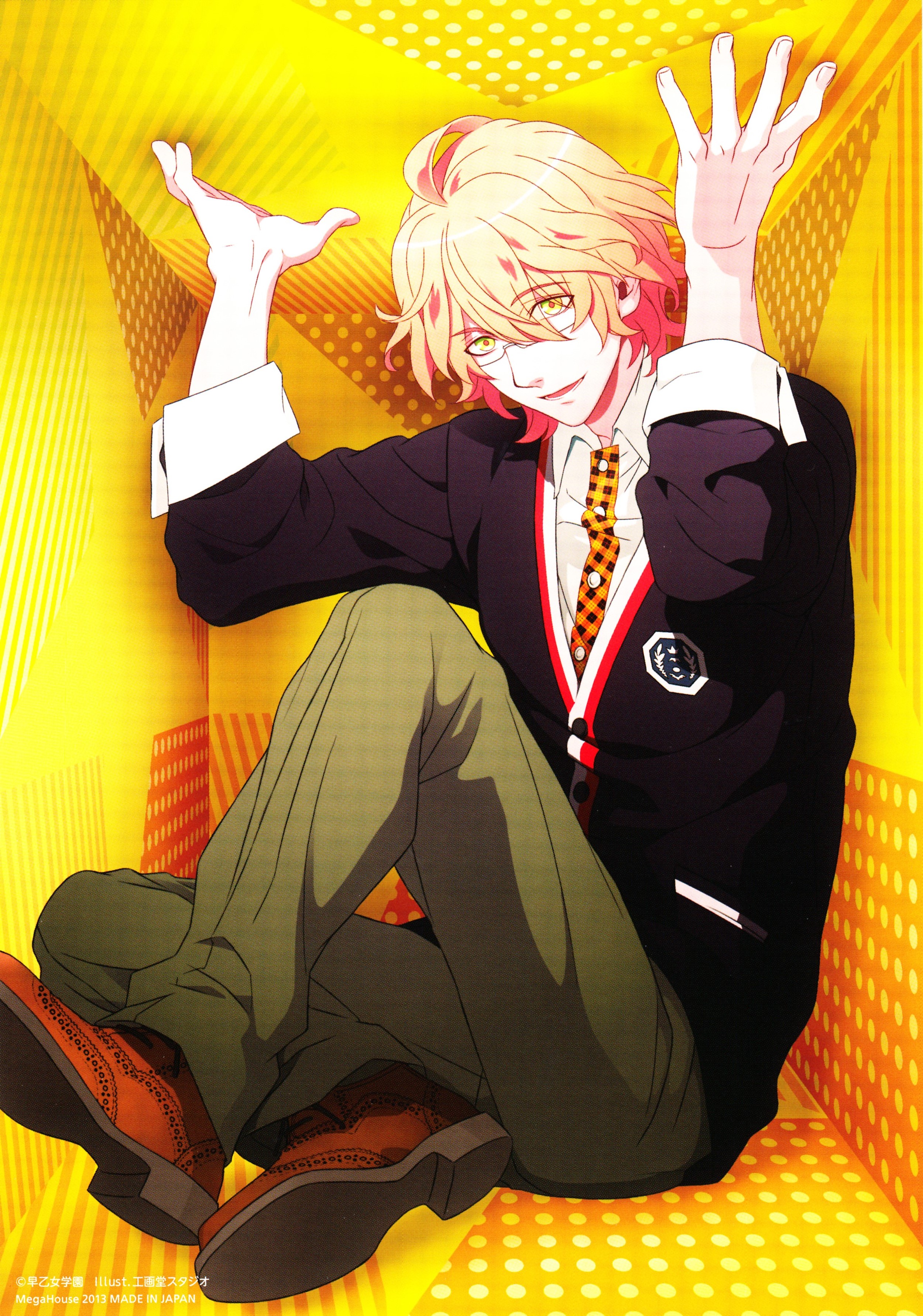 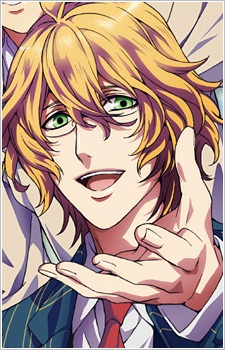 In episode one, Natsuki is first seen reading a cook book, his attention being drawn to Haruka as she thanks Otoya for helping her on the day of the entrance exam. Entranced by how cute she looks, Natsuki is suddenly reminded of his dog, Elizabeth, and he charges towards Haruka, lunging at her to tackle her in a hug. Masato, in seeing this, quickly yanks Haruka out of the way and shoves Otoya in her place. 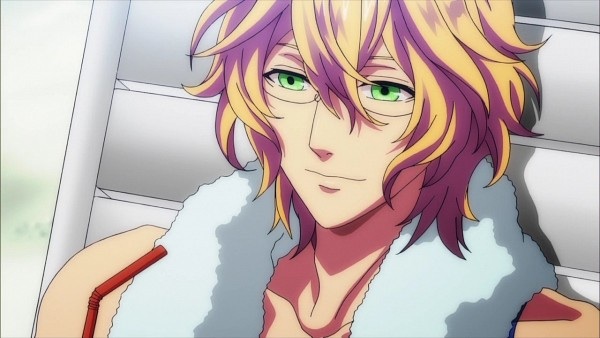 Natsuki Shinomiya (四ノ宮 那月 Shinomiya Natsuki) is a student of Saotome Gakuen from Class A, as well as a of the group idol ST☆RISH. He is voiced by Kishou Taniyama (谷山 紀章 Taniyama Kishou). 1 Appearance 2 Personality 3 History 4 Plot Game Anime Manga 5 Song Chronology 6 Gallery 7 Trivia Natsuki is a tall young man with blond hair that is wavy with one lock. 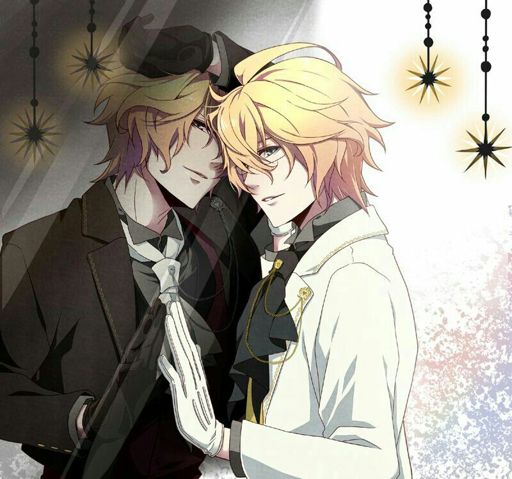 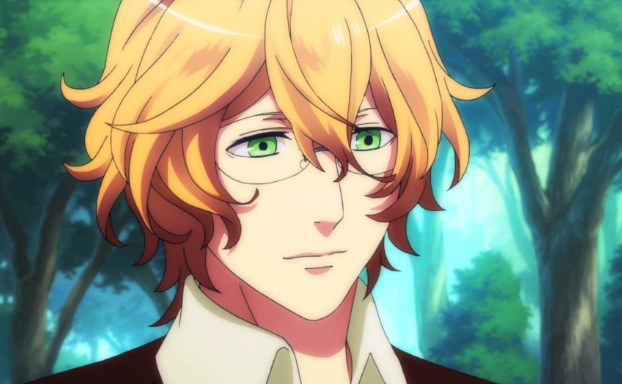 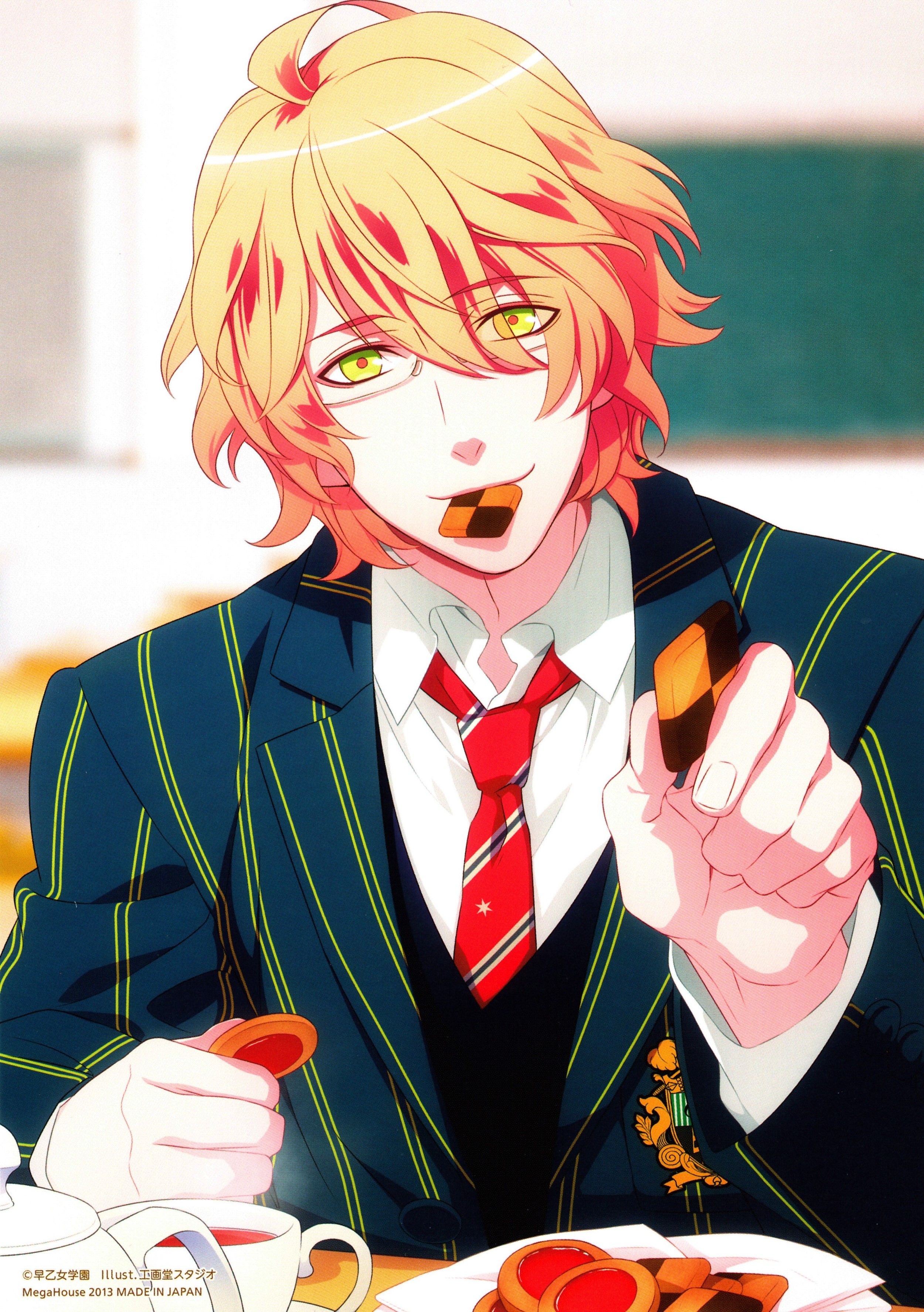 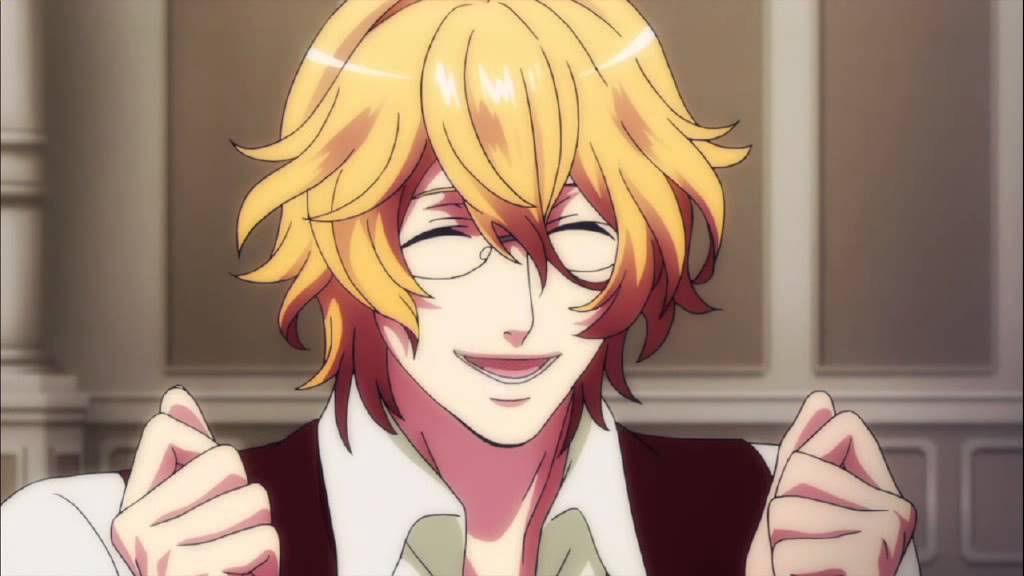 Natsuki is the first to share his opinions at having ST☆RISH nominated for the Utapri Award. He tells them that it's like a dream come true and is very honoured. When they are introduced to Raging Otori, Natsuki and ST☆RISH are shown to have serious glances as Raging Otori is .

There aren't many of these idols so why not do them enjoy your love making with you favorite idols. Me and Natsuki were in bed making love, it was our day and with each thrust he was making his glasses would fall for a little but he pushes them back up. I can see that he was getting annoyed that he always has to push his glasses back up but it was the only way he can be Natsuki and not Satsuki. I moaned once again while Natsuki was thrusting at a fast pace which I was worried since his glasses might fall. Without noticing his glasses slipped and which got me scared. He looked at me with a smirk on his face, I blushed and gave him a smile for at least not getting mad. It feels so good….